The goal of this project was to reinterpret The Perfect Human, a film by Jørgen Leth, into an current interactive experience. I chose to explore the concept of “perfection” and it’s subjective nature by creating an installation in which the user would use a simple knob/wheel to spin through alternate versions of the original video. My initial focus in this project was to break down the common interpretations of perfection. Who is the perfect human of 2010? What do they look like? What do they do? As a reaction to today’s commercial quest for perfection and unachievable ideals, there seems to be an embracing of imperfection as a form of perfection. There are deep emotional connections to these concepts and I wanted to find a simple yet meaningful way to allow a user to curate their own vision of perfection. I broke the film down into specific segments of actions and created matching videos of each action. I wanted to film a range of everyday people (varying height, weight, hair color, skin color, and clothing) in a variety of settings (in a park, against a brick building, in a living room, in front of a house). They received minimal instruction from me when filming, I only prompted them to “jump, fall down, walk, smile, talk, “. I developed a basic installation where the original film plays in a large screen and four smaller screens are mounted next to it showing the original film and 3 other variations of each film. The videos run simultaneously on all screens in a continuous loop, with only the audio from the original film. The user has only a simple wheel to spin through the varying screens. Each small video appears in the larger screen as the viewer spins through it/selects it. The user can choose to watch only the original or scroll slowly through each screen and pause as they find an engaging segment, or they can spin wildly through all the screens, the experience is in their control. 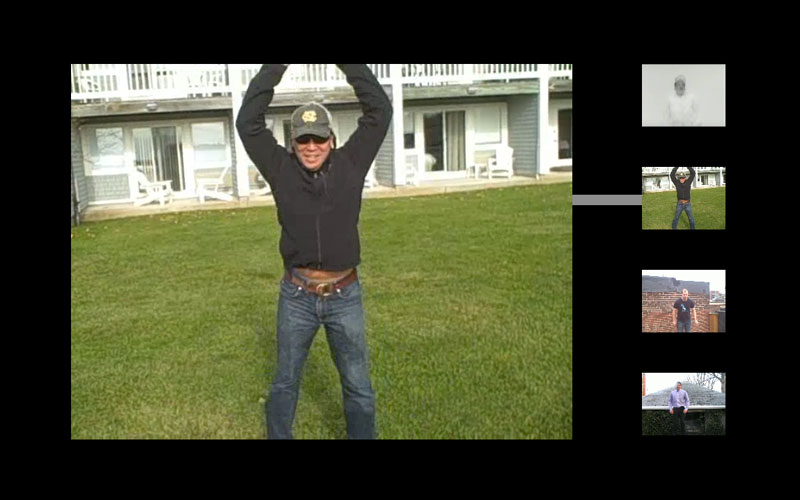 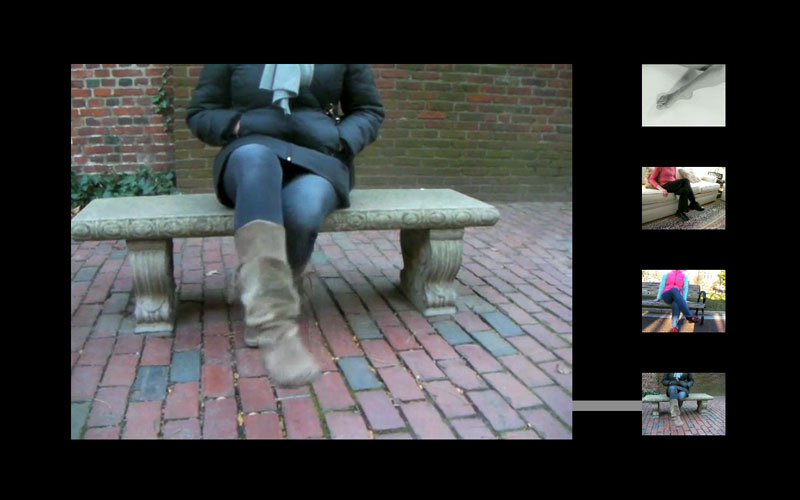 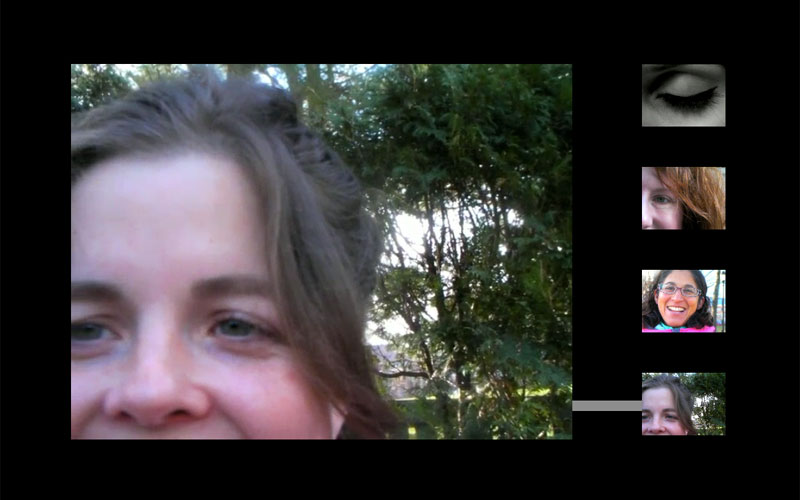 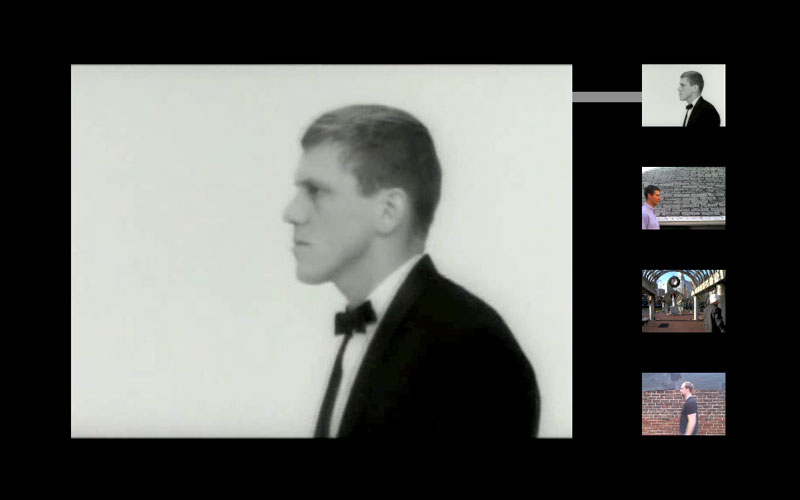